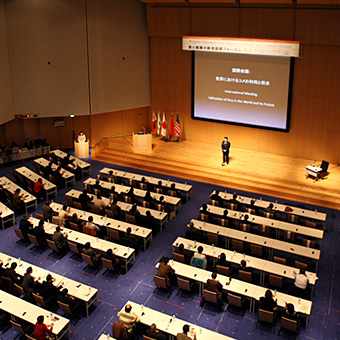 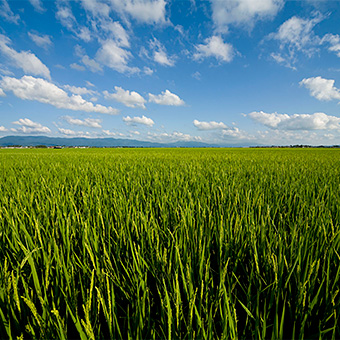 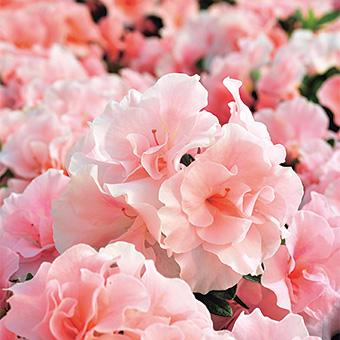 Growing Niigata through Food and Flowers—the World Forum on Food and Flowers in Niigata
As its future vision, Niigata City has adopted the objective of becoming a "Regional Hub City on the Sea of Japan Rim" and a "Agrarian Culture City". To this end, the city commenced the World Forum on Food and Flowers in Niigata in 2005. The Forum's organizing committee is composed of representatives from Niigata City and Prefectural Governments, the food industry, and agricultural organizations. The objective of the Forum is to contribute to the international community through industrial promotion on the strength of food and flowers, as well as the mitigation of food-related problems throughout the world.

A Profile of Niigata City

With a surface area of 726.45 k㎡ and a population of about 810,000, Niigata is the largest city on the Japan Sea side of Honshu Island. Niigata forms a network of interaction with other regions surrounding the Sea of Japan, as well as with Asia, Europe and the Pacific region.

Niigata City has developed as an urban center of cultural and industrial exchange, thanks to good connections with major cities in Japan and abroad ensured by developed overland transportation networks (Tokyo is about two hours away by high-speed train), a long-established favorable port, and an airport easily accessible from the city center. Due to its strategic location, Niigata has long maintained particularly close ties with the Russian Far East, the northeastern region of China, and the Korean Peninsula, serving as the gateway to Japan for these regions on the opposite side of the Sea of Japan.

Approaches Taken by the Forum

The World Forum on Food and Flowers is composed of 5 separate parts.

The food expo that brings together ingredients, food products, cooking appliances, containers, etc. with the power to pave the way to a new Gastronomy.

The symposium that explores the vital role of food and the food industry in responding to rapidly shifting socioeconomic conditions and creating sustainable local societies.

This Award was established in 2010 as Japan's only food-related international award.

4) THE NIIGATA CREATIVE CITY OF GASTRONOMY PROMOTION BOARD

The Board aims at increasing visitors and revitalizing local industries by further sophisticating the gastronomic culture of the City of Niigata and widely transmitting information within the city and to the world.

The flower expo that promotes new floral culture and demonstrates the fresh appeal of Niigata’s flowers.